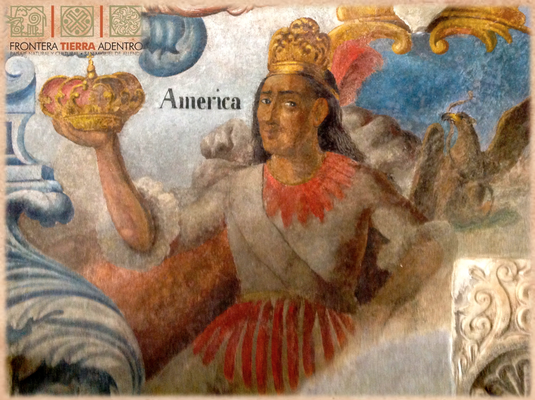 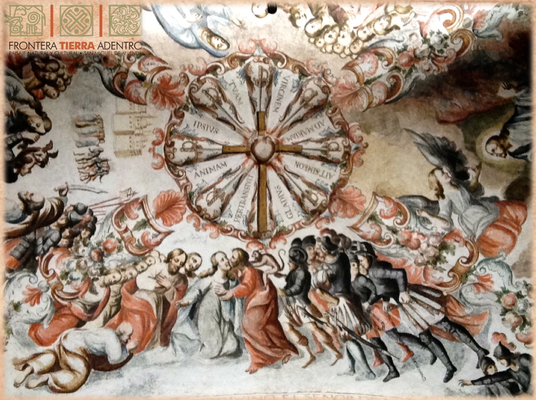 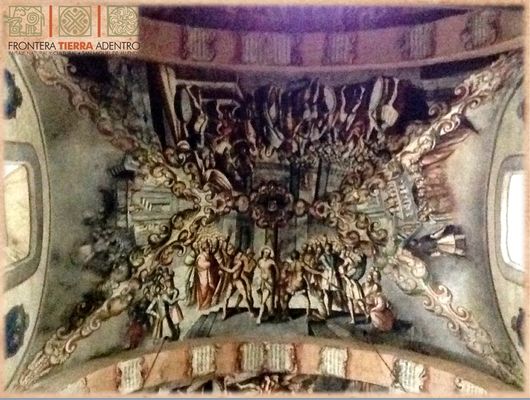 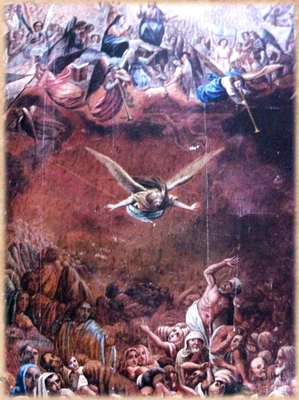 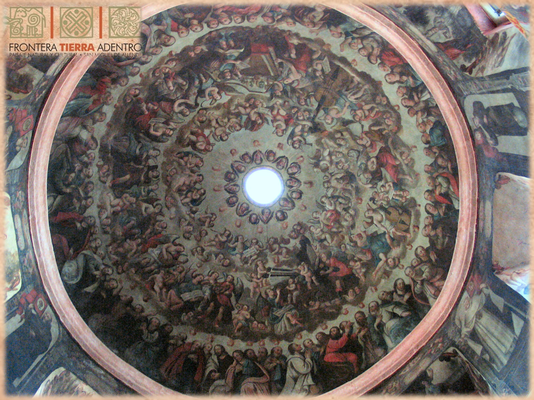 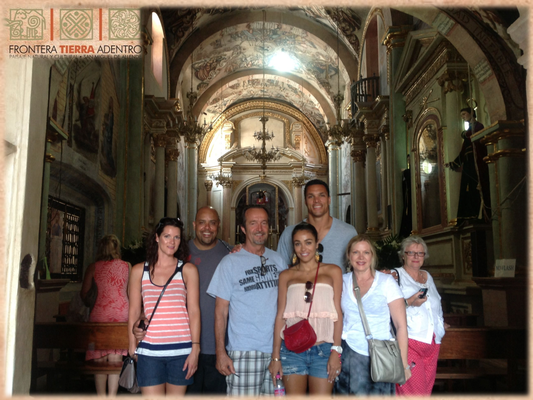 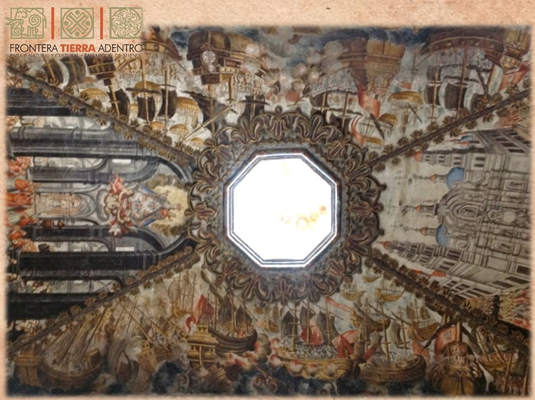 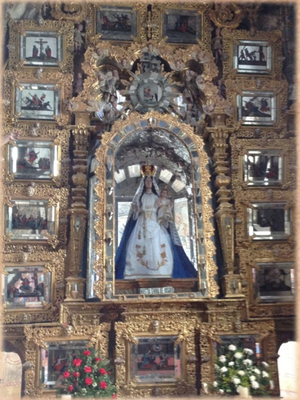 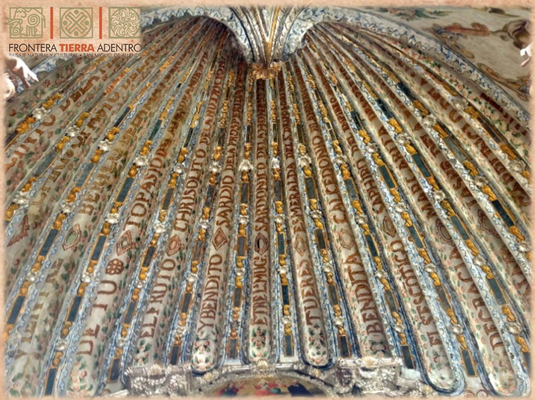 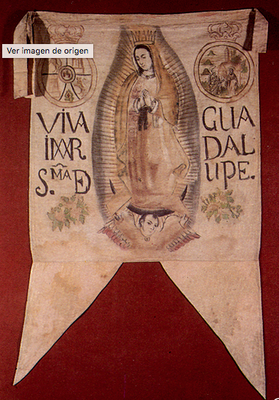 Utopia made in Mexican popular baroque ...

Founded around the  hot springs, which in Náhuatl is said Atotonilco, this century-old community, witnessed the great spiritual work of the oratorian father: Felipe Neri de Alfaro, creole who built significant temples in San Miguel el Grande (today San Miguel de Allende) and culminated His work with the venerated, until today, Sanctuary of Jesus Nazareno de Atotonilco, since 2008, declared by UNESCO: Cultural Heritage of Humanity.

This utopia of Father Neri de Alfaro, made naturally in Mexican popular baroque (in full Bourbon imposition of neoclassicism), had in the brush and artistic direction of Miguel Antonio Martínez de Pocasangre the perfect collaborator and accomplice of Neri de Alfaro priest, for more than two decades (1740 to 1762), in the construction and art in mural painting that cover more than 2,500 square meters to the fresco, the temple, on canvas and surprisingly, on silver.

On the side of the Camino Real de Tierra Adentro (Inland Royal Road), Cultural Heritage Route of Humanity (UNESCO 2010), on the Ruta de la Plata, important ceremonies and rituals were held for the high-ranking creoles like Don Ignacio Allende and Unzaga, to form part of the historic Beginning of the national independence movement, 206 years ago.

The story tells us that at noon on Sunday, September 16, 1810, the troops of the Insurgent Army, with only 14 hours of existence, took a break in the Sanctuary of Jesús Nazareno de Atotonilco; They ordered and waited for the arrival of more volunteer troops from the surrounding area, they had left Dolores no more than 350 and would leave from Atotonilco towards San Miguel the Great more than 6,000. There, an insurgent, from the sacristy came out with one of the first insurgent flags, the banner of the Virgin of Guadalupe, which he placed in the hands of Hidalgo, the rest was history ...

Destination that should not be missing in your visit to this Border Land.

ADDITIONALLY, YOU CAN VISIT INDIGENOUS VIRREINAL CHAPELS AND THE SANCTUARY OF THE BENEDICTINIAN PARENTS.

Before the tour, make the total payment of the amount of the tour. Read the contract and responsive letter, and sign them. Receive the indications and driving instructions within the group and in this type of ecosystems to give priority to safety.

The cultural tours are done in tourist transport and / or walking the streets of the viceregal context of the region, with the kindness and atmosphere of the Border Inside. Even so, they are subject to changes of route and duration, depending on the climatic conditions, state of the ecosystems, roads, streets and other imponderables environmental or public infrastructure.

Clothing: Comfortable shoes, casual clothing, under the conditions of the sun of the semi-desert, preferably with long sleeves, hat or cap are not too much, if the traveler is sensitive skin: sun block.

Reservations: Preferably three days in advance. Exceptionally with 12 hours. To reserve a deposit of 50% of the total motorcycle to pay is required.

Itinerary: Once you have made the contact with us, via email we will send it to you.

This exceptional place of universal art and deep homeland history is interpreted from its time, space and evolving circumstances to our days. Adding its own attractions and surroundings to this destination, including spas thermal springs, viceregal monuments and its typical food and exceptional restaurants.

Arturo Morales Tirado counts on studies of Agronomist Zootecnista, History, Master in Sciences of the Education, Diplomado in Tourism like touristic operator. Non-formal researcher, lecturer, manager and promoter of the Natural and Cultural Heritage of the Center of the Country, National Tourism Prize.